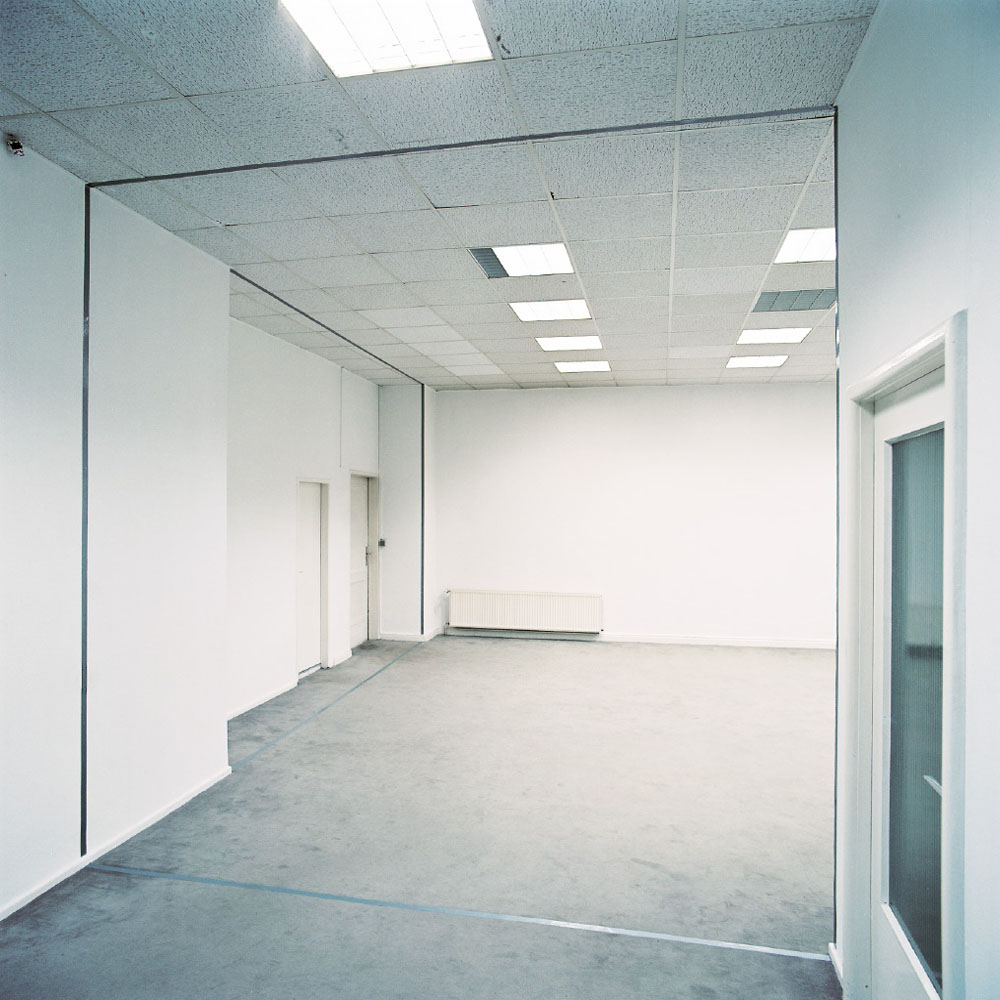 this or that / so oder so

The sixth presentation in L.O.F.T. focuses on the concrete exhibition rooms themselves- as the origin and theme of artistic ideas, and direct intervention in their forms by emphasizing the plasticity of spaces. Stella Geppert and Jens Komossa are invited in situ to this event.

The title of the exhibition “this way or that way” makes the moment of choice of the spectator its theme- the choice not only between two artistic points of view, but also that of the individual artists’ formulations of the states of the space.

Jens Komossa reacts to the heterogeneous character of the rooms: the additions and built-ins, the uneven topography of the walls, and the functional elements of the rooms stemming from different eras, all with the aim of pacifying the space. He denotes optic fields that suggest an idealistic impression of the space, presuming the spectator will accept the new, virtual contours of the room he has lain out for them. By placing markings on the walls, the actual room is made to be a malleable casing, and at the same time, the demarcated fields become frames for the marks time and construction have left on the walls. The possible state of the room being hinted at remains a neutral, non-existent core, yet one that feeds our longing for the ideal state of the room that could, in fact, be reality.

Stella Geppert seeks to accentuate the very heterogeneous state of the room that characterizes it. She places objects that themselves have no clearly defined relationship between their outer form and their inner structure within and without the exhibition space. They bring to mind temporary shelters, or objects whose function and need are not connected. The homelessness of the objects is not explained through any continuity with the spaces they occupy; in fact, the inside and the outside spaces seem interchangeable. Here, space becomes part of a larger system of referentiality, one in which we often search vainly for meaning and structure. This gesture challenges the spectator to consider questions of meaning and arrangement, not only the things and the space.

Both artists’ strategies make us aware of the possibility of the option (as well as the thought process behind and the criteria of the option) that leads us to a choice. Important is not about whether you agree with one or the other, but rather the quality of the difference between the two. 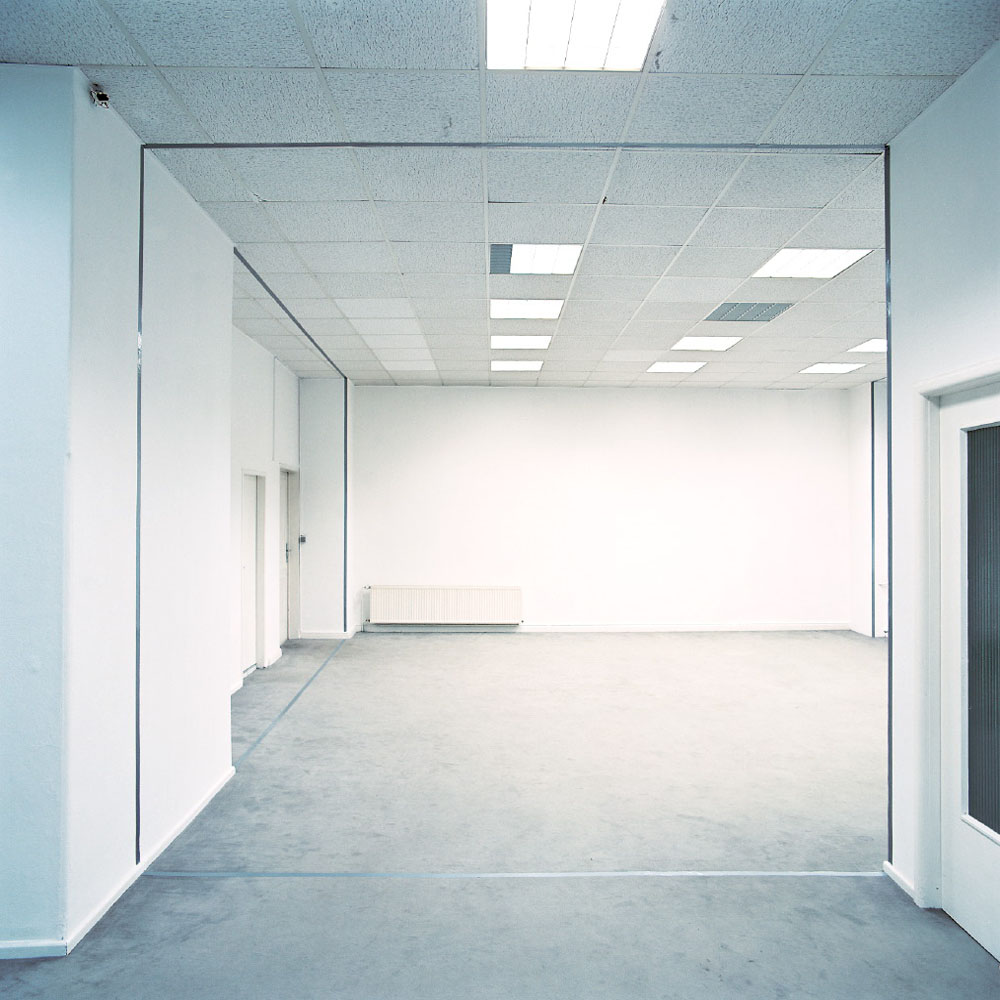 After finishing his studies at the Folkswangschule in Essen and working in Paris until 1994, Jens Komossa moved to Berlin. The multi-hour exposure time “Berlin Rooms” pictures (among others) originated here, a series of views out of windows which make the bringing together of private and public stages its theme. After series like “Berlinchen,” “Juist,” “Berlin Night,” (among others) the most recent development is the “Television Rooms” series from Berlin and New York, which is to be combined with texts from American and German authors in a book version, to appear soon. In this latest series, “the room, in an unending dialog with ideas radiating out from the television, is now also submerged into its light.” The artist, represented by the Cologne Gallerist Sabine Schmidt, will be displaying at art fairs such as Art Cologne and Paris Photo. From 2003 – 2004, he was a professor of Photography at the Technical College of Mainz. Jens Komossa is currently working on the series “Wall Pictures,” in which the configuration of rooms will be scrutinized and left to play out on the stage that is the spectator’s imagination. More information about Jens Komossa’s work can be found at www.komossa.net and www.komossa.tv. 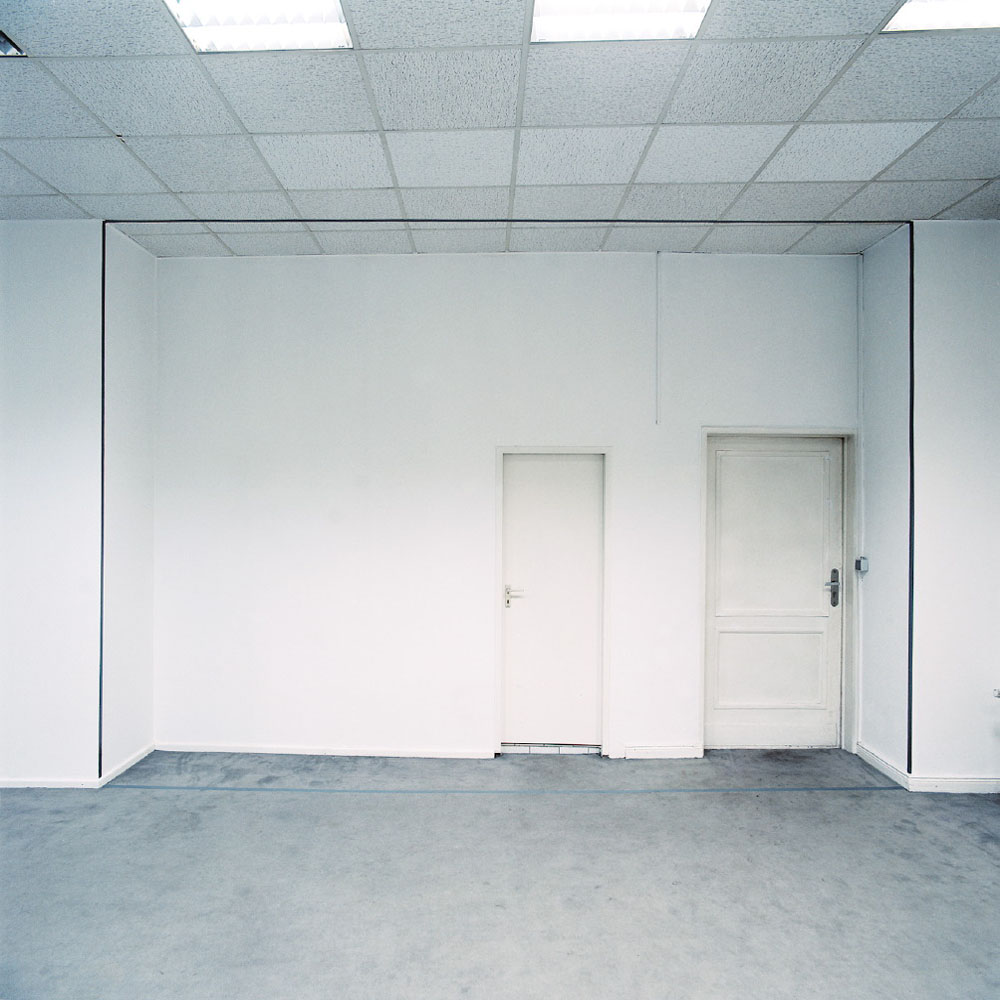