Rooms have been a theme of Jens Komossa’s for years. He consciously turns his focus away from people. What fascinates him is depicting the abandoned spaces, which he perceives as stages. His pictures are all taken at night, and he trusts the rooms and objects to tell the story of the absent residents for him.

In “Wall Pictures,” Jens Komossa uses the room itself as his motive to reinterpret it. The available light and that shining in from outside, which change in quality thanks to the many hours of exposure, create new spaces, now estranged from their inhabitants.

For him, it’s a calculated game, but also a game of chance. Only photography can do this, that is: hold time within a single moment, or stretch it out in such a way that the resulting image is something we could never have seen without the benefit of the medium. 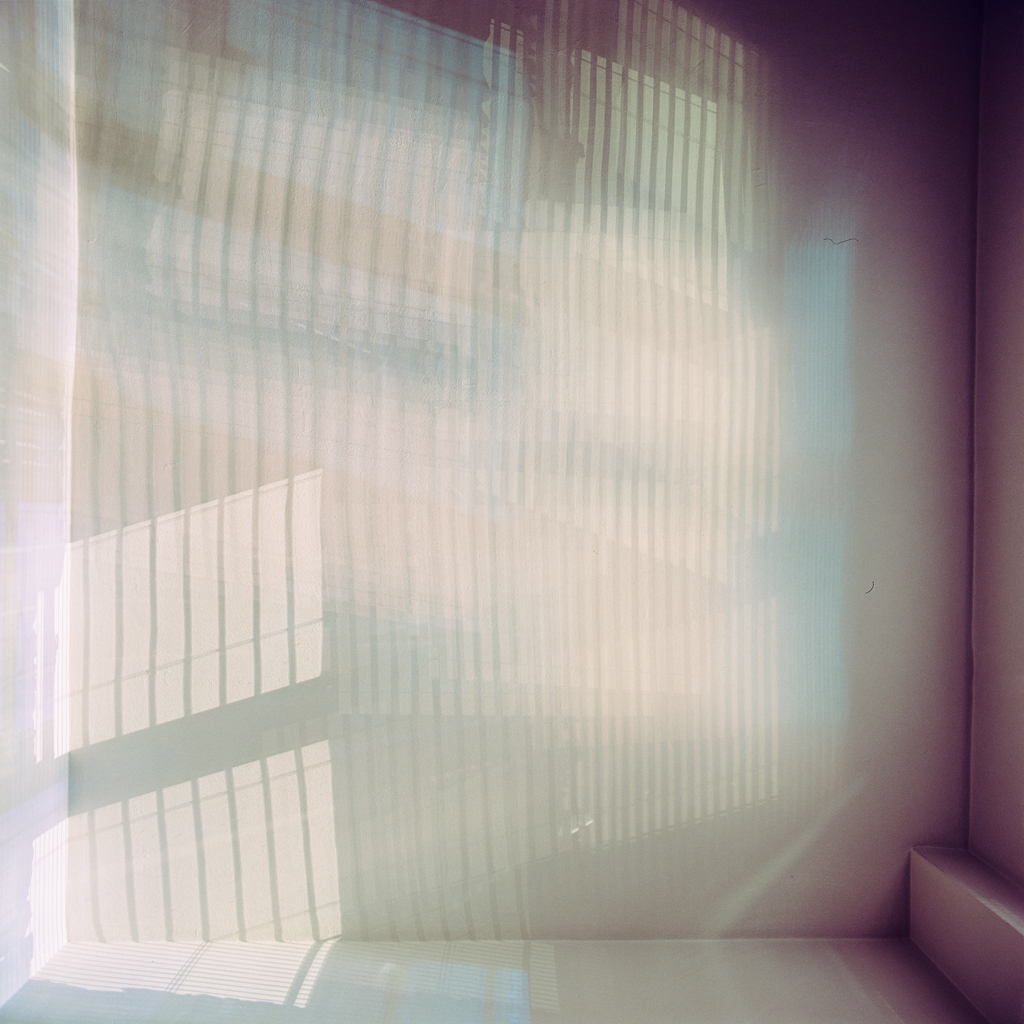 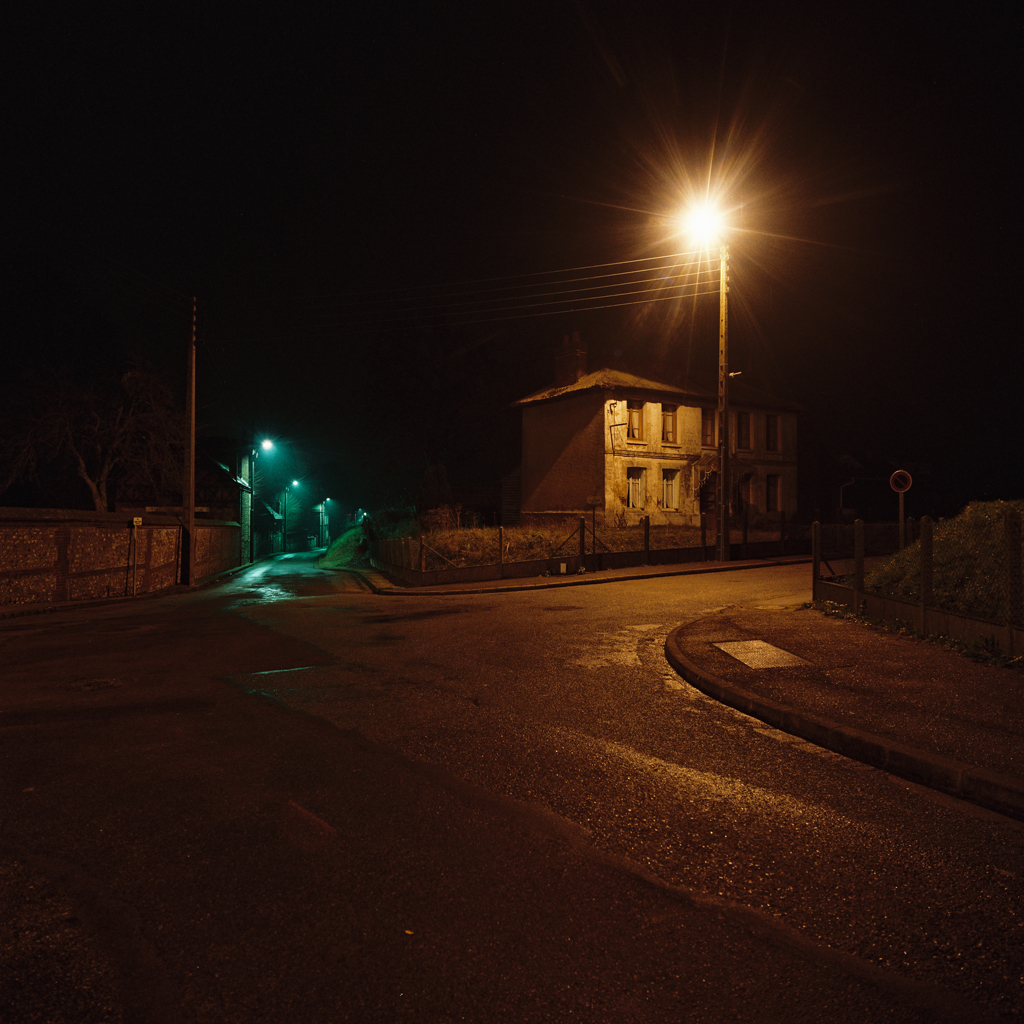 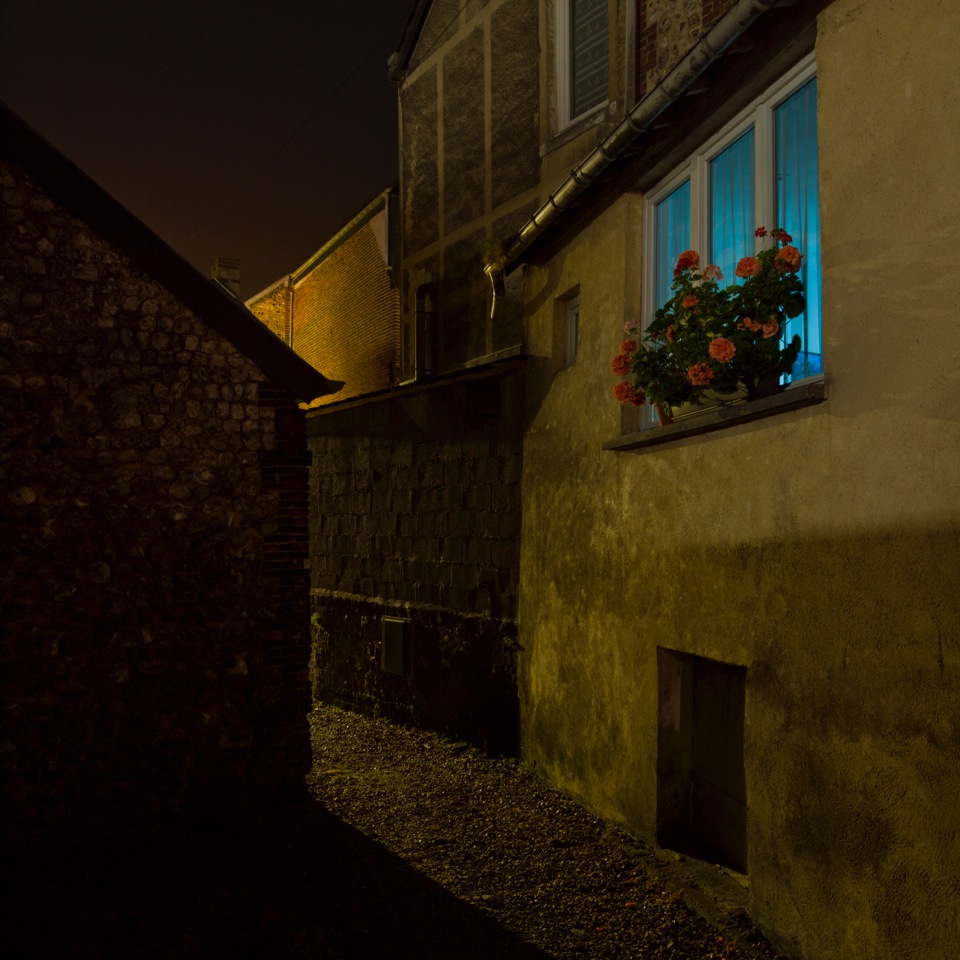 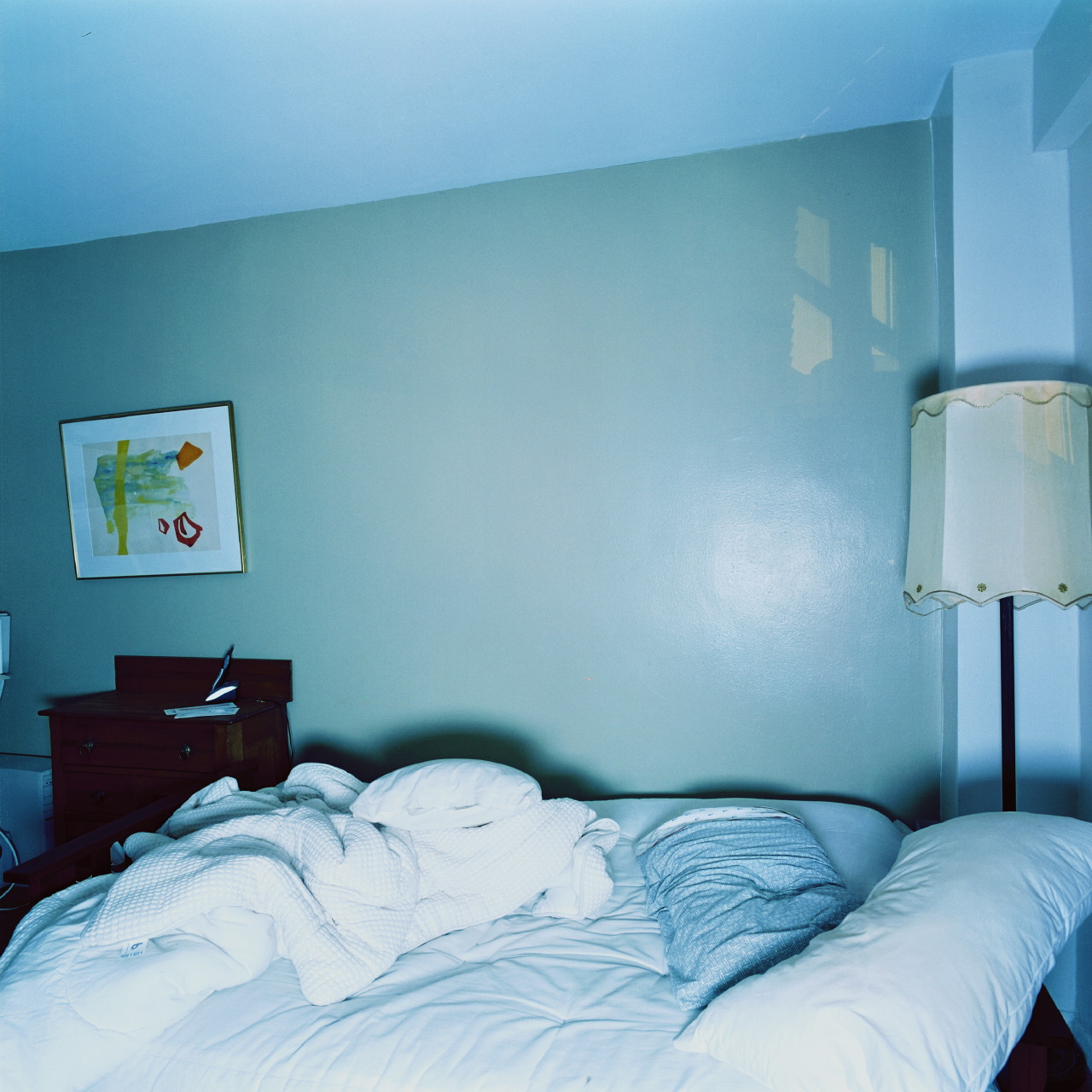 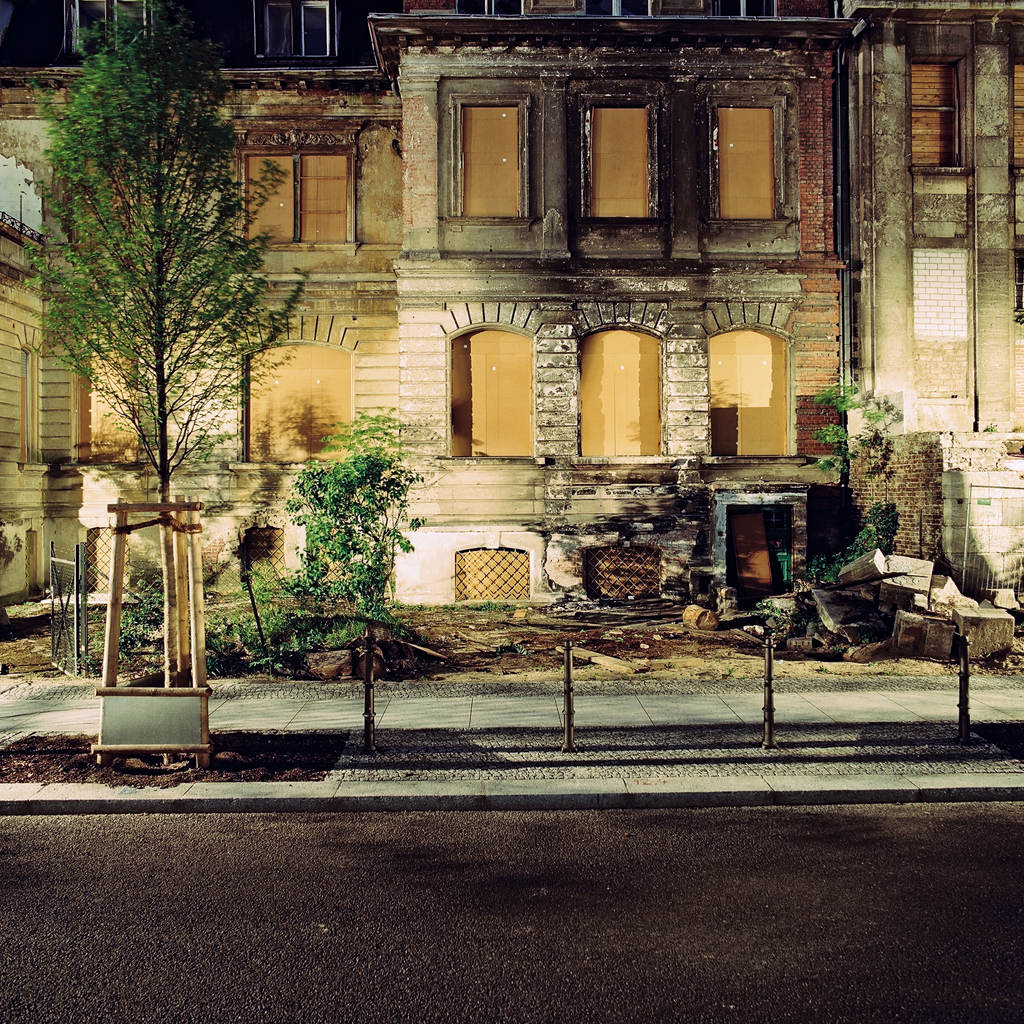 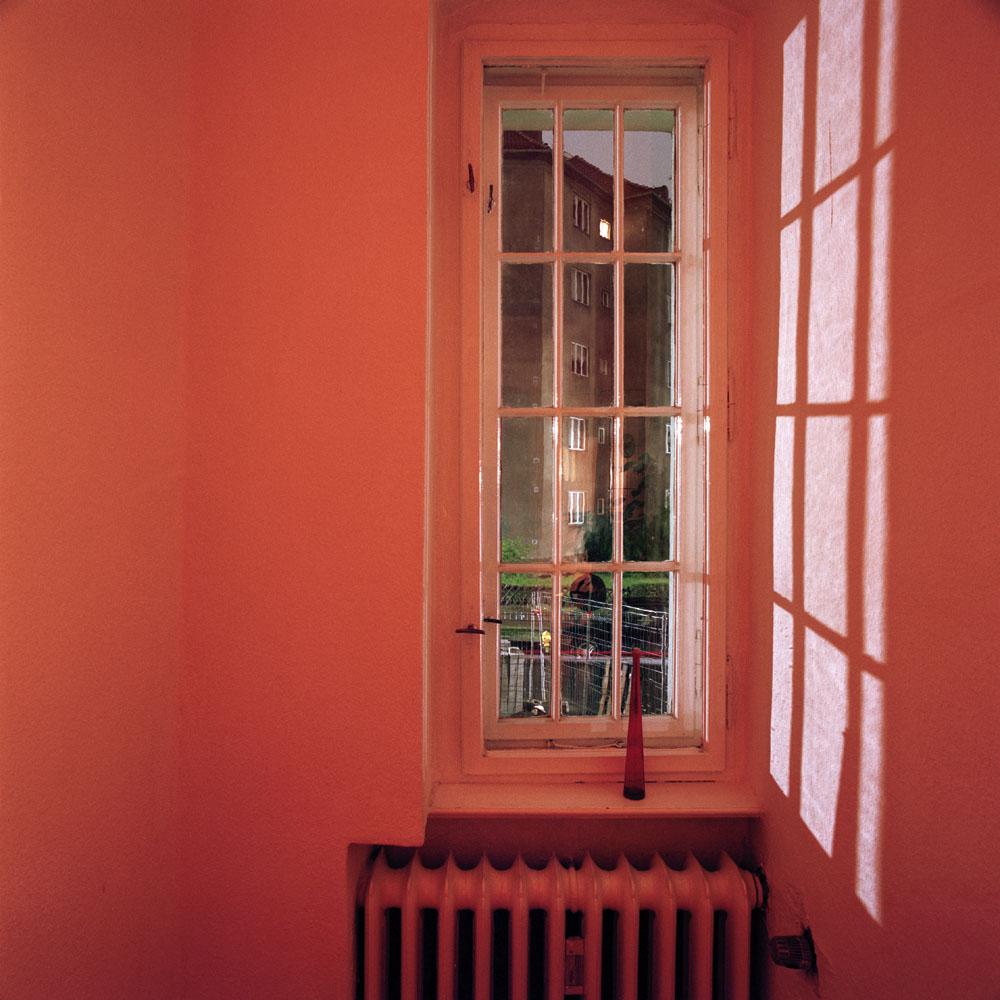 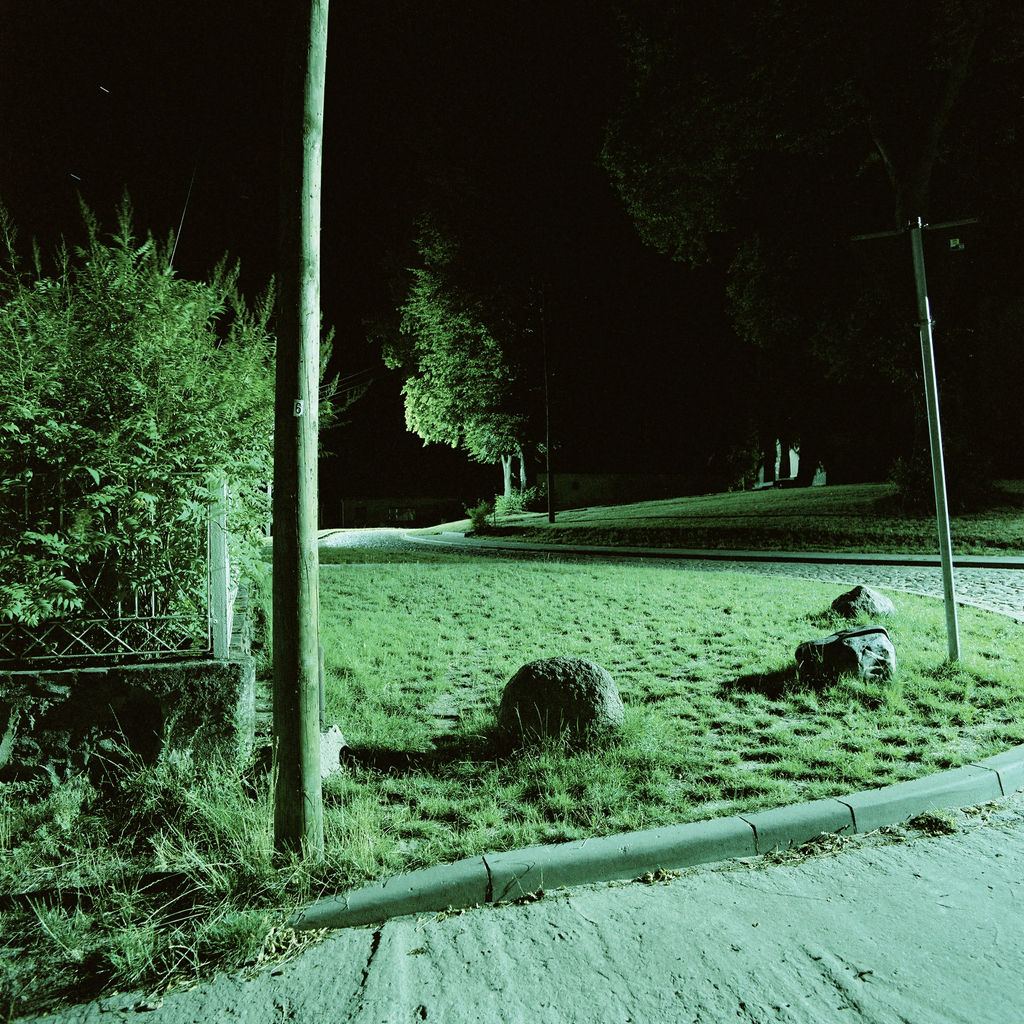 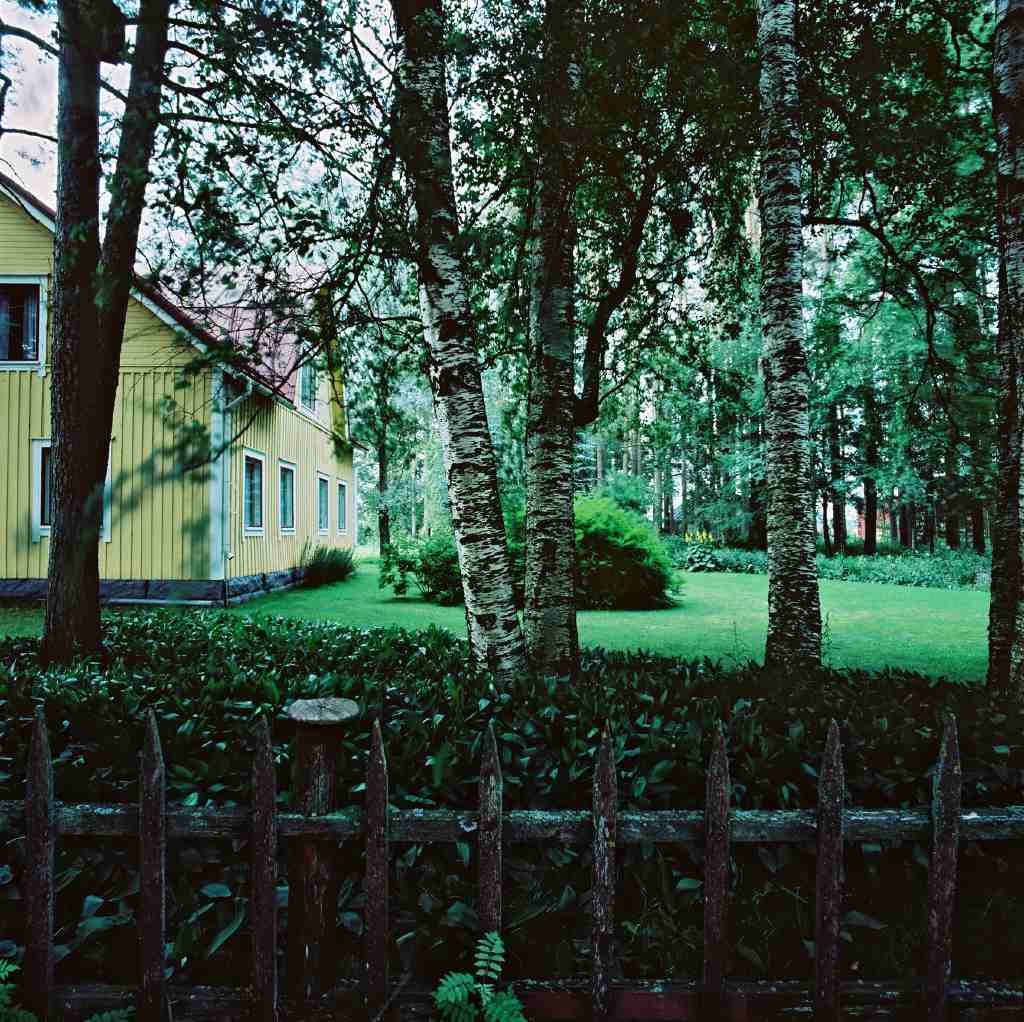 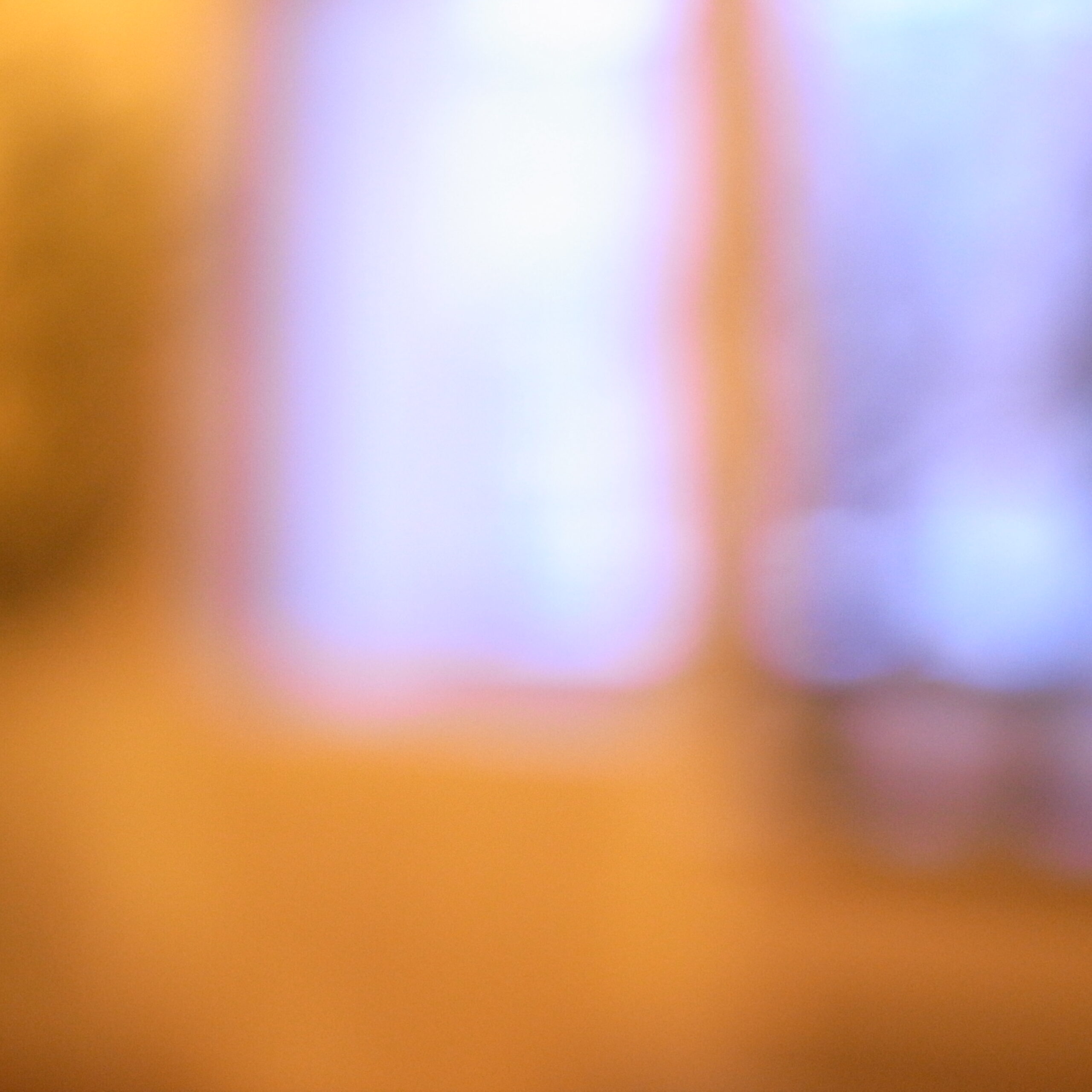 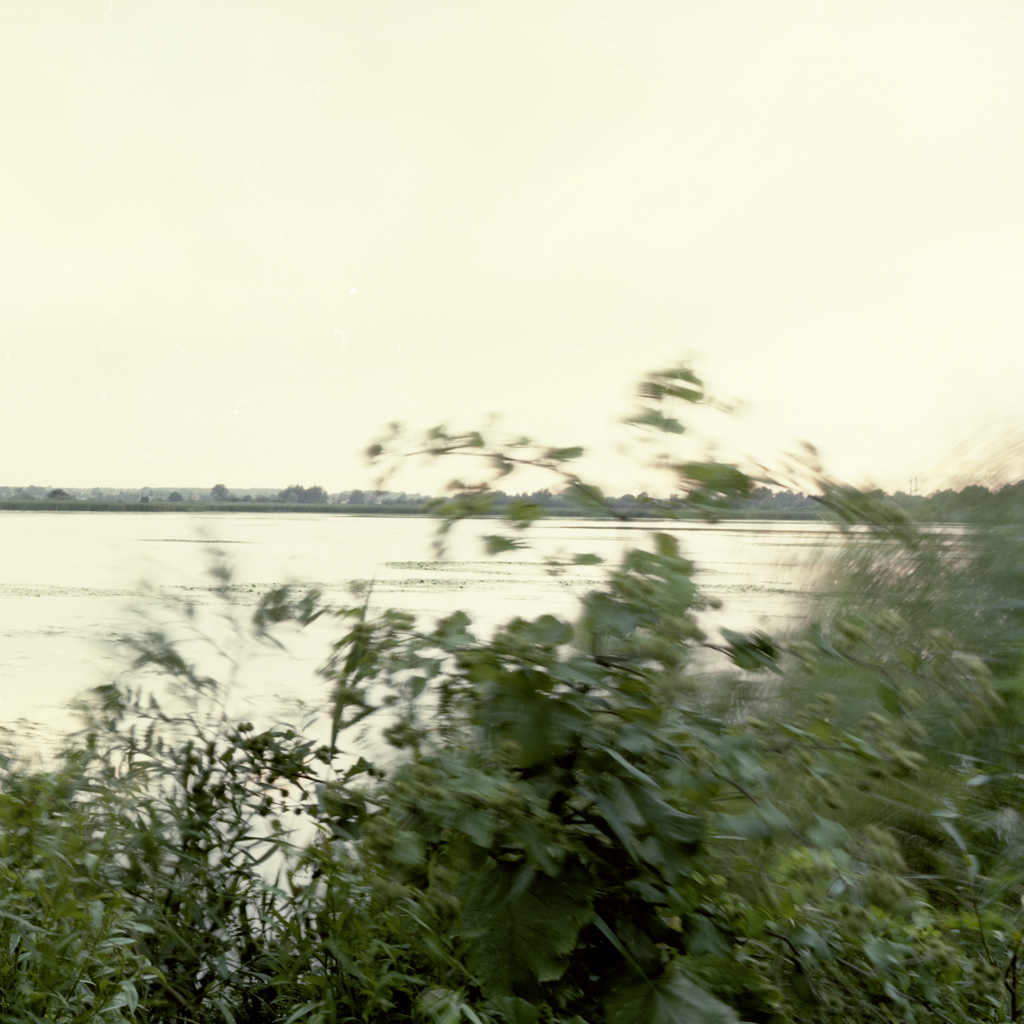